It expresses a collaboration with the natural world the climate and the natural features of Fukushima have cultivated.

Fukushima has established the loyal position of the Fruit Kingdom.
Various fruits are harvested in each season in Fukushima, which has fierce heat especially specific to the basin geography of Fukushima and a harsh temperature difference between at day time and night in summers and extremely cold weather and the environment in winters.

Fruits Line, 14 kilometers long road a.k.a. Prefectural Route 5, passing through the foot of Mt. Azuma and along with loads of orchards reaches Iizaka town in Fukushima city, where Kyogetsu Pottery locates. It's the latest series and is injected new life as it exploits calcination ashes of local peaches and apples as a material of glaze. 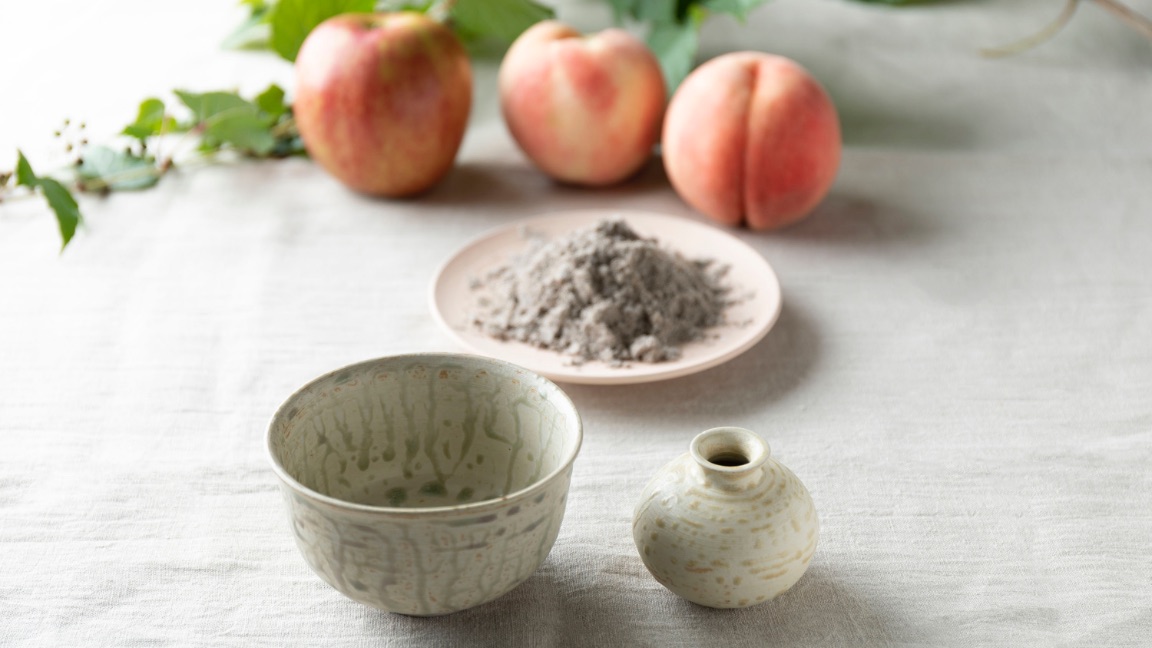 This is one of the most popular series at Kyogetsu Pottery,
that features the color of the roof from the ancient period.

Tempyo culture was being developed, especially from 729 to 749, going back to 1,200 years from the modern world.
Tempyo culture, an aristocratic culture with highly cosmopolitan character, flourished in the Nara period and the character let develop a variety of things as temples, Buddhism, arts, and literature.

This series, Tempyo no iraka, displays refined color, that is dedicated to express a motif color of the roof from the Tempyo period, having the golden time in the Nara period. 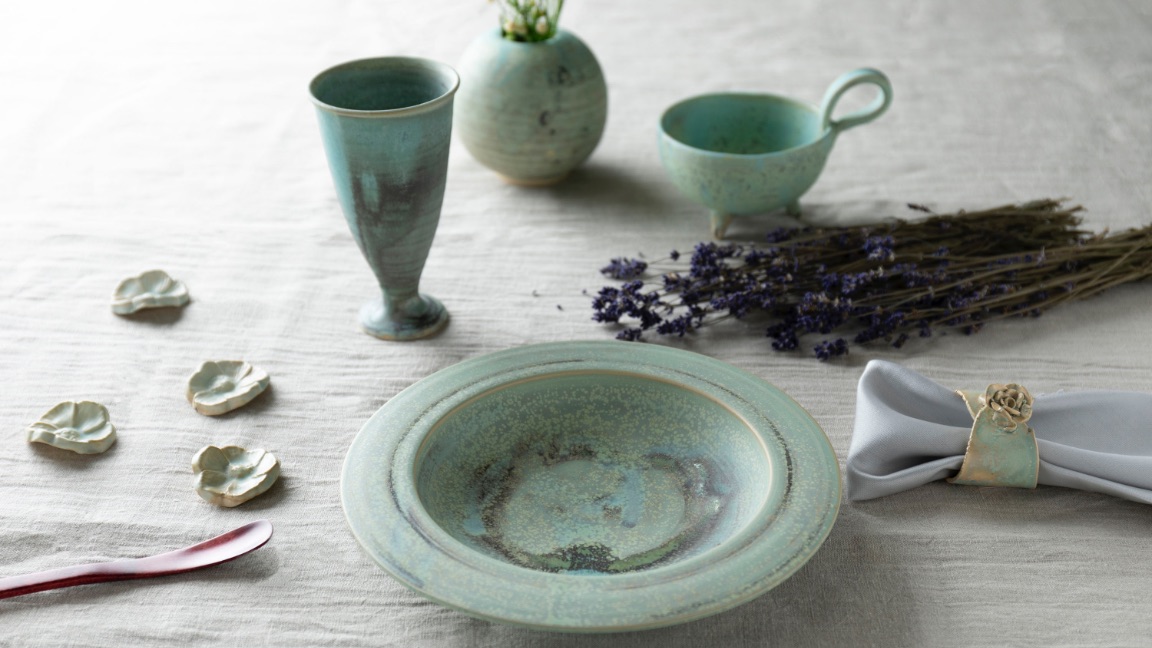 This series portrays a sense of season from autumn to winter by color tones.

Tōryoku is the series that portrays the season's transition like that with soft and mild shades. 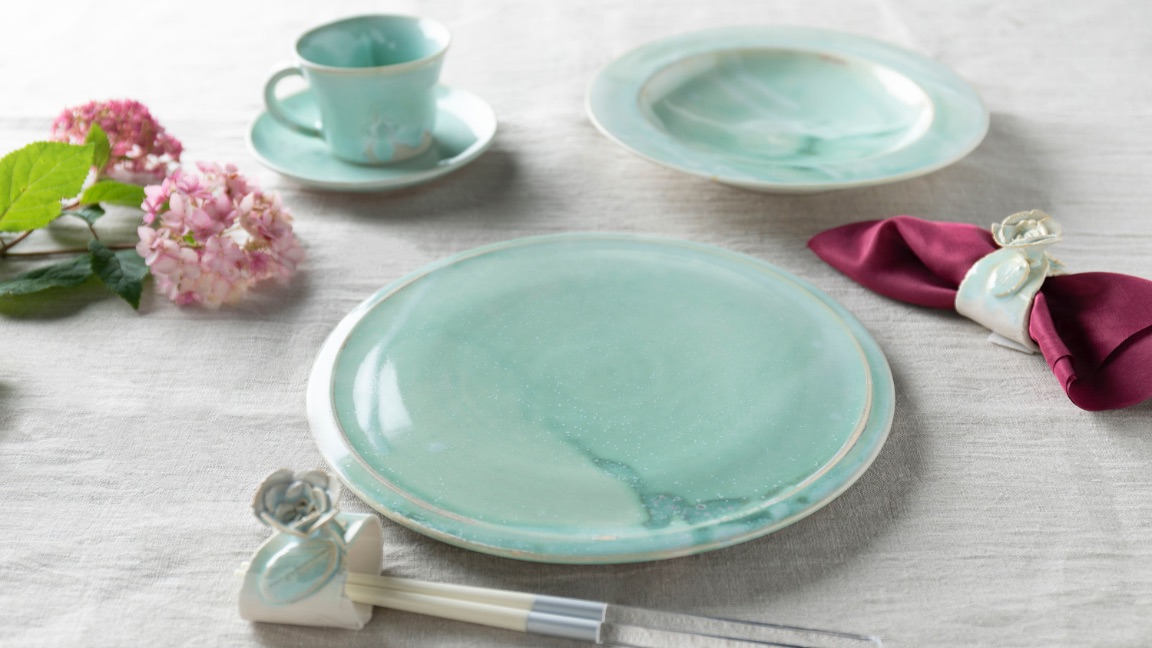 This series is designed to represent a warm sunny spot…

This work is inspired by a heartwarming scene with the sun softly shining, and it is finished as if there is something nostalgic about it.

How about thinking of good old times with this warm texture series. 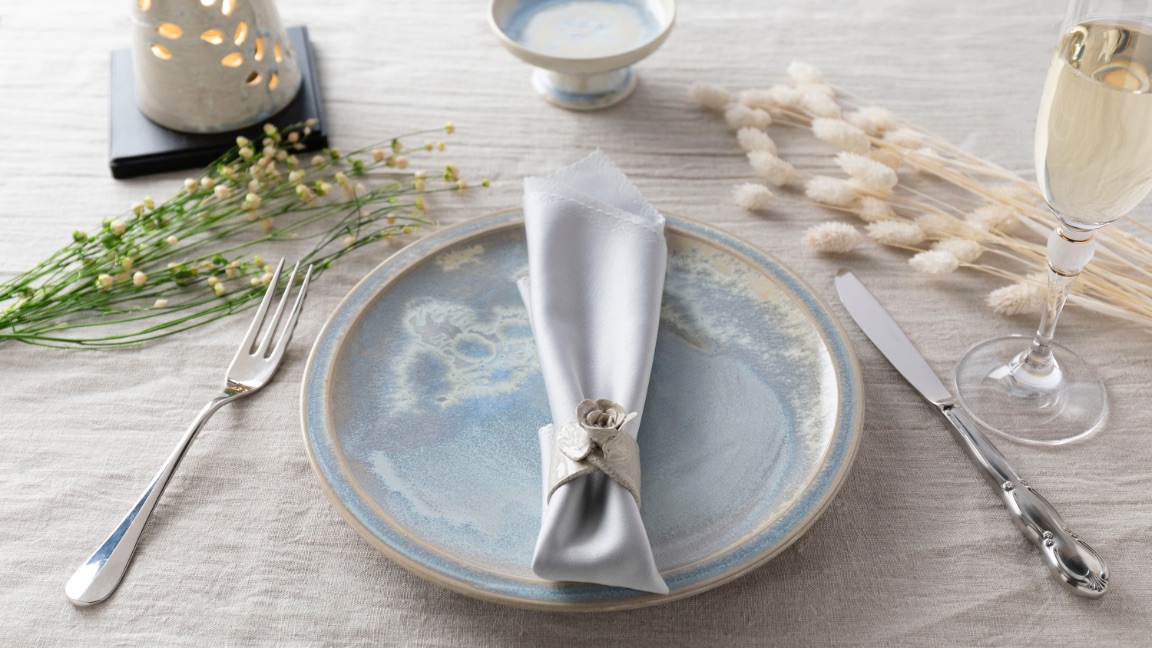